Today I found myself among a privileged few visiting NASA’s Canberra Deep Space Communication Complex (CDSCC), one of the tracking stations which form the Deep Space Network, built to track and manage the space agency’s travelling ambassadors to other worlds and managed by the CSIRO. Arriving early to ensure our space, for seats were limited on a first-come, first-served basis, Ed Brown and I wandered around the perimeter of the centre taking in the impressive views of the main 76 meter diameter dish known as DSS43, and several smaller instruments including the old Honeysuckle creek dish which was involved in relaying images from the Apollo missions over half a century ago.

Due to the centre’s radio blanket, we visitors were without internet access during our stay, so I elected to live-blog my experiences to post here afterward.

The vibe here is excited, as visitors young and not so young gather and chat about where they’re from. So far nobody has specifically discussed Curiosity and the “Seven minutes of terror” this amazing rover will endure before it settles gently (we hope), on the Martian surface. There’s a fairly high chance something could go wrong during the multi-stage Entry, Descent & Landing (EDL), phase of the mission, sending the craft plummeting to its death. Much simpler missions have failed before, and although NASA has enjoyed particular success on Mars, the European Space Agency (ESA), the Russian Federal Space Agency and the Japan Aerospace Exploration Agency (JAXA), have all experienced persistent and heart-breaking failures including Beagle 2, Deeps Space 2, Mars Polar Lander, Phobos Grunt and others (see http://en.wikipedia.org/wiki/Exploration_of_Mars#Probing_difficulties).

Once the formal proceedings began, Education and Public Outreach Manager Glen Nagle (http://www.cdscc.nasa.gov/Pages/Bios/bio_nagle.html) introduced the audience to the live simulation software online which is called Eyes On the Solar System (http://eyes.nasa.gov/index.html). This browser-based software enables users to zoom to many of NASA’s past, present and future mission instruments to see exactly what they’re expected to be doing, plus many other objects within our solar system such as asteroids, planets and moons. Currently of course we’re tracking MSL as it approaches Mars, watching the altitude and distance to landing site count down.

Next Glen showed us two wonderful animated videos, the first a mash-up of Curiosity’s landing set to Jeff Wayne’s War of the Worlds opening track, which was almost perfectly timed to fit the video, and then someone else’s mash-up showing Curiosity performing science experiments whilst Jawas of Star Wars fame stalk and then capture the rover ala R2-D2 (http://youtu.be/SCHjKecA6cI). This video was met with laughter applause from the audience (especially me, as apparently I appreciated it more than most).

Attendees were invited to offer items and stories for a short ‘show and tell’ session, kicked off by Andrea (@UTLAU), with her Curiosity robot and hand-made bag featuring the rover. Next an employee of Geoscience Australia showed us a scanned copy of a seismograph produced by the seismometer the Apollo 11 crew deployed on the lunar surface. The graph shows events such as footsteps and backpacks being dropped from the lunar lander. It had been found in a tunnel in Charters Towers, quite badly water-damaged. Unfortunately all originals have been lost.

This prompted Glen to tell us about a whole lot of Apollo data which had just been found at a rubbish tip in Canberra. Souvenirs of this data were kept by people who worked in various capacities for NASA during the Apollo era, and there are doubtless mountains of similar things stored in garages and sheds all over the place. Hopefully over time more of these treasures will surface.

Glen then retold a story about meeting Buzz Aldrin and Neil Armstrong. He asked them to sign an astronauts book. Buzz signed first, and when he asked Neil to sign he said “Well at least Buzz did SOMETHING first!”

As we moved closer to the event, discussion turned to previous NASA / JPL successes such as the incredible Spirit and Opportunity rovers which have redefined long term missions, lasting considerably longer than design specifications, with Opportunity still operational more than 30 times longer than planned.

During lunch we had more opportunity to mingle and share stories, and I was struck by just how excited everyone seemed to be taking part in such a historical event. It would have been exciting watching along at home via the internet, but being there amongst like-minded space-lovers just amped it up that much more.

After lunch it was time for the main event. By this point the small hall had become very crowded, with various camera operators from networks darting around, and at least 350 attendees squeezed in to share the moment. Ed and I were thankful for having arrived early, as we were seated right up the front and didn’t miss a thing. Whilst we watched, CSIRO Social Media Manager Vanessa Hill (repeat guest on Science on Top), busily responded to public questions via Twitter – a task which kept her frantically occupied throughout the entire day. You should tweet her @nessyhill to thank her for her brilliant efforts.

Glen talked us through the various EDL stages as they happened, with the JPL mission control room on the big screen showing us the tension and jubilation as each stage completed successfully. I really can’t describe just how excited, proud and tense I felt being there, acutely aware of just how much had to go right for this mission to be successful.

When finally we had confirmation that Curiosity was not only down, but the landing was perfect, the Odyssey orbiter had been able to swing into position to relay signals during and immediately after the landing, and we’d already received the first pictures back, the applause and cheers were heartfelt and beautiful. It was a truly spectacular experience, and I felt so proud that an Australian facility had once again played so pivotal a role in a major scientific achievement. 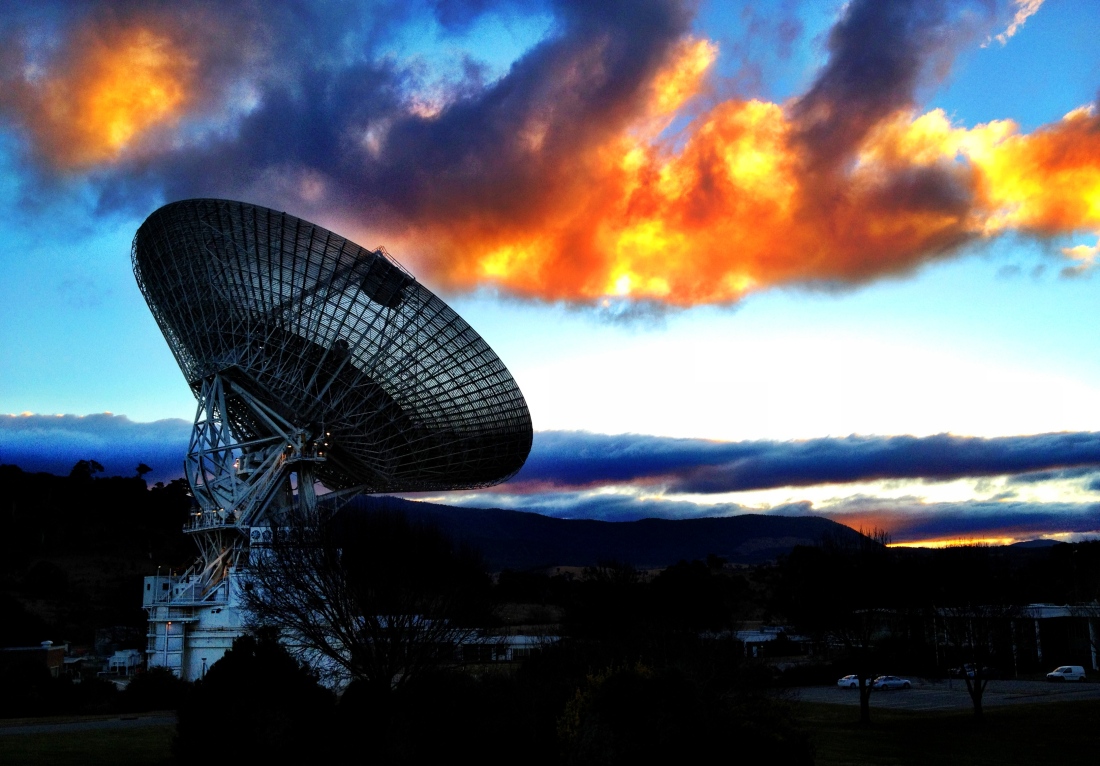 Afterward we watched the JPL/NASA press conference, and some of us met up for a meal, drinks and laughs in the Canberra CBD.

I’d like to express my thanks to the CSIRO team who made us feel so welcome, especially Glen and Vanessa who did a fantastic job. I’ll be sure to make future events such as this a major priority which hopefully I can share with my children.

This site uses Akismet to reduce spam. Learn how your comment data is processed.

I'm a regular panellist on the 'Science on Top' podcast, on which we discuss the latest science news from around the world.

I support the United Nations High Commissioner for Refugees, safeguarding the rights and well-being of refugees who want nothing more than to enjoy the same rights and freedoms as you and I.

Please support them too.

Lily and King are a gorgeous Melbourne duo who bring me great joy. Lily creates a luring, sensual haze of smoky-opiate vocals and rapturously disrespectful trombone, while King slams a rhythmic driving junkyard of guitars and percussion. Their live shows explode with life and colour.